KMb is enhancing transparency and access to universities but as we work hard at engaging we remain struck in silos inside the ivory tower.

The Canadian Federation of the Humanities and Social Sciences (FedCan) was holding their Annual Conference,  which featured a talk by SSHRC President, Chad Gaffield. The theme of the conference was “The Humanities Paradox: More Relevant and Less Visible Than Ever?” and the title of Chad’s talk was “Re-imagining Scholarship in the Digital Age“, both of which had a theme of exploring the relevance of academic research outside of the academy. Chad’s talk was wide ranging but for anyone who has had the pleasure of hearing Chad speak as many times as I have his observations were familiar. They were all linked by the theme of “re-imagining”, imaging a new paradigm of scholarship that is emerging on campuses across Canada. Specifically, Chad spoke of re-imagining in three areas: teaching, research and campus-community connections. 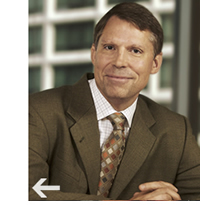 Chad’s re-imagining of our campuses exchanges a paradigm of privilege with one of engagement. Learning, research and connections increasingly happen across the campus, across communities and across countries. This doesn’t replace the ivory tower but it creates windows for transparency and doors for access into and out of the ivory tower.

My question to Chad was not about the re-imagining, which is clearly underway. I observed that the new paradigm is being practiced but in silos. Although interdisciplinarity is emerging, engaged scholars in homelessness don’t speak with engaged scholars in immigration who don’t swap stories to those in business ethics (and that’s just on my own campus of York University). While universities like those in the ResearchImpact-RéseauImpactRecherche network are supporting KMb and engaged scholarship, the researchers and their partners remain in their silos. The ivory tower might have windows and doors but it remains a collective of individual offices each with walls and a door.

We need to re-imagine not just the walls of the ivory tower but the inside as well. Ivory towers need to open up inside as they are opening up outside. We are at risk of becoming good at talking to everyone except each other.