Michael Johnny reflects on his seven year working relationship in knowledge mobilization with Joaquin Trapero from University of Victoria.

I had to look back to see, but the first communication was an email on February 16, 2006.  It was an introductory email from Joaquin Trapero, the new Knowledge Transfer Specialist at the University of Victoria.  So it makes his career in KMb span over seven years.  And now because of the formal launch of the Research Partnership and Knowledge Mobilization (RPKM) office at the University of Victoria, Dr. Joaquin Trapero no longer has KMb within his portfolio of responsibility.  It has been a few years since he has worked as a KT Specialist, moving on to manage the Institutional Portfolio program.  Now this is his full-time responsibility. 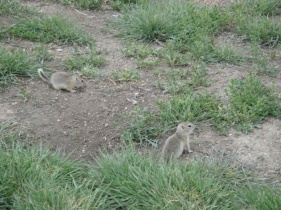 I had wanted to write this blog for almost four days now, and even now while I write, I am staring at the screen looking for words to capture my feelings.  I remember very clearly the early days of this journey and our work together where we’d meet four times a year– twice here in Toronto and twice in Victoria.  Our Intellectual Property Mobilization grant supported this initial ‘experiment’ of institutional knowledge mobilization services.  Capably led by Dr. Richard Keeler (former AVP Research, University of Victoria) and Dr. David Phipps (Executive Director, Research Services and Knowledge Exchange, York University), Joaquin and I were exploring what it meant to be knowledge brokers and helping lead the development of a national network.

So many memories poured back over the past few days while reflecting back on seven years:  our first Congress at University of Saskatchewan back in 2007 (which was the source of infamous beer, pizza and KMb planning talks); one of Joaquin’s first trips to Toronto to visit with us (where we naively planned a day-long event which began with a breakfast at 7:30 am EST… that’s 4:30 PST… oops); a decision to leave the KTS portfolio to take on UVic’s Institutional Portfolio (but fortunately allowed him to retain working responsibilities in KMb); and the success of KMb within our institutions which has helped enable the growth of ResearchImpact-RéseauImpactRecherche.

Congress this year is going to be held in Victoria.  How fitting!  While Joaquin will not be involved in the RIR booth at the book fair, David Phipps and I are going to make sure we meet up for one last beer, pizza and KMb planning talks!  And with that to look forward to, I am happy to share how I am feeling now and that is grateful.  What I have learned from Joaquin over these seven years?  Sharing a commitment to develop strong KMb programs and support RIR, attention to detail and planning, shared values around processes for successful KMb, and having fun along the way!

Joaquin, my friend, I appreciate all you’ve done to make this work in KMb a success and a pleasure.   I wish you success and happiness!  Thanks for a great seven years!

Simply put knowledge mobilization helps make research useful to society. And we do this simply by helping people work together.

Well yes, and no. Holding research forums (breakfasts, lunches or all day events) is pretty easy. If you’ve got money then placing graduate students as interns in partner organizations is really easy. Social media takes a while to get used to but like swimming, all you have to do is jump in the pool and just start swimming (but with a buddy or a life guard!). Matching up researchers and partners is really easy once you know your research and your partner audiences. That takes time but is actually really easy to do. . York’s Knowledge Mobilization Unit is successful in getting researchers and partners to connect 92% of the time. Shared activities arose 24% of the time and collaborative projects arose 39% of the time. And some of those projects yield amazing impacts like the expansion of the Welcome Centre program in York Region, Toronto’s Heat Registry Guide, the Green Economy Centre and the Strength Investment program of United Way York Region, among others.

Not if you read the literature. Many researchers look at the drivers of knowledge mobilization, research utilization and implementation science in excruciating detail. Take the work of Laura Damshroder that I reviewed in a Knowledge Mobilization Journal Club posting. There I observed:

So it’s not all rocket science… but it never hurts to have a rocket scientist on board. Joaquin is actually an astrophysicist. His PhD Thesis was titled “Physical Parameters of Individual Clouds in the Local Interstellar Medium” (well, it was in Spanish so he kindly translated for us). His research was (using optical, ultraviolet and radio high resolution spectroscopy) to determine the physical parameters of interstellar clouds in the “vicinity” of the Sun. The Interstellar medium is the matter that exists between the stars (space is not totally void, but includes gas, dust, etc.). A region in the interstellar medium that is denser than average is called a “cloud”. In his thesis, he focused on exploring the physical parameters (size, velocity, density and temperature) of the clouds situated in the vicinity of the Sun, the so called Local Interstellar Medium, local being about 300 light years in diameter. Now THAT’s rocket science! 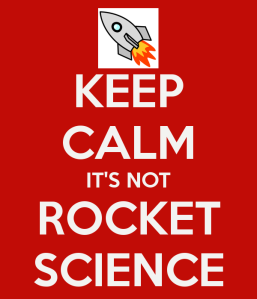